The Future of Finance is Quantum Computing 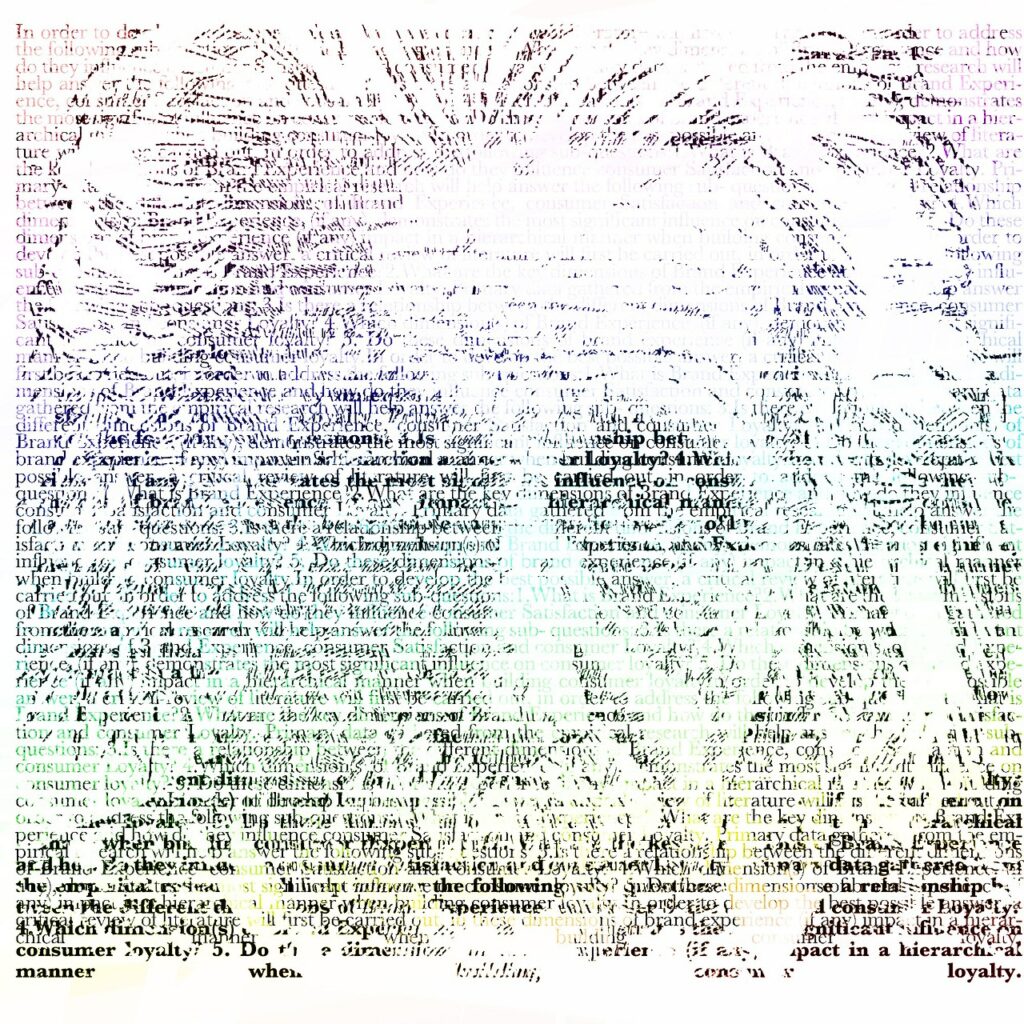 Quantum Computing has the potential to disrupt the financial industry. We look at the use cases in Finance and the obstacles that this astonishing technology has to overcome and you don’t even need a degree in Physics to understand it.

Quantum Computing = The Future of Finance

“Blockchain is so yesterday! Quantum Computing for Finance, that’s the future!” I was quite sure what my friend meant when he threw this in my face, but he said it with so much conviction that I wasn’t sure what to say rather than mumbling something about filling up my glass when I made my way over to the bar while he and the rest of the geeks continued to discuss the advantages of quantum computing.

I have to admit that I already struggle with the concept of quantum mechanics and know only the basics of quant trading, but somehow found the whole thing intriguing, so I started digging.

To understand the importance of quantum computing for finance, it is important to go back a few steps and understand its impact on computing in general, because at the centre of the problem is Gordon Moore, one of the co-founders of Intel. In 1965, while working as the director of R&D at Fairchild Semiconductor he observed that the number of transistors per square inch on integrated circuits had doubled every year since their invention. This prediction has come to be known as Moore’s law and predicted that this trend will continue into the foreseeable future.

This phenomenon is the reason why computers have become smaller and smaller while at the same time faster. In more practical terms it means that we manage to squeeze incredible computing power into smartphones that are so fast they make cutting edge desktop computers from a couple of years ago look like a toaster. In fact, the processor used in the iPhone X is faster than the one used in some of the latest MacBook Pro computers. Or to put it into an even more impressive comparison: a simple USB stick or WiFI router is more powerful than the computers that were used to get astronauts on the moon in 1969, which cost about $3.5million and were the size of a small car. Needless to say that the comparison with an iPhone is even less flattering for previous computer models and you don’t even have to go back that far. When IBM’s super computer Deep Blue beat former world chess champion Garry Kasparov in 1997, it was an absolute sensation. However, Deep Blue had the size of large filling cabinet and would still not stand a chance even against older iPhone models.

After decades during which Moore’s prediction was true, it seems like it might not prove to be true anymore. While it is a race to the bottom to make chips smaller and smaller that could run into physical problems, it’s also economically difficult to continue to shrink chips and could soon not make any sense any more. As Robert Colwell, director of the Microsystems Technology Office at the Defense Advanced Research Projects Agency, put it in a speech at the Hot Chips conference:

“[It takes] huge amounts to build the fab plants, and yet more…to pay for the design teams to design new chips. Intel makes these investments, which are in the [billions of dollars], because they expect to reap way more [billions of dollars] in profits in the following years. But if there is doubt that those profits will arrive, and possibly if they just doubt they can come up with the necessary silicon improvements, they may not want to make the investment at all. Should a major player like Intel make such a call, that would effectively end Moore’s Law all by itself, because then the various companies that make the super expensive tools for chip production will themselves not make the investments needed to keep Moore’s Law alive.”

So, while this race to create ever-smaller chips might still go on for a few years, it will be necessary to find alternative solution to produce more powerful computers.

Curtains up for Quantum Computing

And this is where Quantum Computing comes into play. Traditional computers work with bits as the smallest and basic unit of information, i.e. each bit or binary digit has only one of two values: 0 or 1, that’s it. 8 bits form 1 byte, 1 billion bytes are 1 gigabyte and so on. Quantum Computing is different as it uses qubits (short for quantum bits) and the data does not necessarily need to be stored as either 0 or 1, but can be both.

This so-called superposition is the reason that a quantum computer is able to have more than one state, for example, 4 qubits are not limited to 4 states, but rather 4×4. As a result a quantum computer with 50 qubits can have more than 1 quadrillion states (2×50 to be precise). If you compare the numbers the superiority in processing power is evident. A quantum computer can simply calculate a large amount of combinations at the same time, while a traditional computer would have to process the calculations one after another. Not only is this method significantly faster, it also consumes a lot less energy that current computers.

Large percentages of modern trading operations in financial institutions are based on algorithms. The problem with algorithms is that they can calculate only a finite amount of numbers to make trading decisions. A quantum computer on the other hand would be consider of calculating massive amounts of data in a short amount of time, something that is invaluable in the time of big data where the owners of large data pools simply don’t see the wood for trees.

The ability to quickly analyse enormous amounts of data and execute trading strategies rapidly, is particularly important in the HFT industry. In the HFT arms race to shave off microseconds, the increasing cost of technology is threatening the entire sector. The cost to build a network of microwave towers to send data across the Appalachian mountains, for example, can exceed $10 million and more.

Quantum computing could also have a massive impact in risk management and asset management: in this sense building and managing an investment portfolio is like chess. Eventually, in chess it is important to calculate the possible moves and constellations and based on this analysis of the potential moves ahead, determine the own strategy. This is equally true for portfolio composition in finance. Current models struggle to accurately factor in risk and return of investments due to the sheer number of possible portfolio combinations. For instance, if you were to build a portfolio out of all the stocks in the S&P 500, the possibilities dwarf the number of atoms in the observable universe. Additionally, if we consider the cost of rebalancing a portfolio especially in a low-interest environment can be decisive for the life of fund. Quantum computing can be used to optimise a portfolio so that the costs for such exercise can be reduced to a minimum if not eliminated at all.

An area where quantum computing is likely to have the deepest impact though is cryptography and it doesn’t seem too far away. Arvind Krishna, the head of IBM Research recently warned that “quantum computers will be able to instantly break the encryption of sensitive data protected by today’s strongest security in a little more than five years because of advances in quantum computer technologies”. Krishna said in particular because of the advances in novel materials and in low-temperature physics, which have led to many breakthroughs in the quantum computing field in recent years, large commercial quantum computer systems might soon be viable and available within five years.

Whether the breakthrough in quantum computing on a general level is so close, is subject of serious doubts though. Currently, quantum computers exist so far only on a very small scale with few qubits since it’s so hard to keep quantum states stable. The reason for that is that the more qubits are installed on a computer chip, the more often mistakes can happen. IBM, for instance, has managed so far to build a computer with 20 qubits, which already allows for very complex calculations, but it is still far away from the universal quantum computer that could be used for the applications outlined above and which would require at least 50 qubits, according to experts.

So we see quantum computings own little arms race between various tech giants trying to break through the magical barrier. Google earlier this year announced a quantum computer with 49 qubits while Microsoft is also developing its own solution.

Quantum Tech as the end of Blockchain

Regardless of the outcome of this contest, does quantum computing also mean the end of Blockchain technology as it has been proclaimed already? After all, if quantum computers are able to operate so much faster than conventional computers, it could break the digital signatures used in cryptocurrencies and break the Blockchain model for good, the theory goes. While this is partly true – quantum technology could indeed be used to hack public blockchains – it is for starters still a long time off given the difficulties to build these machines and even longer until they will be widely available.

The second argument is that for any problem there is a solution and in this case the answer to the threat quantum computing poses to Blockchain is quantum computing: this can either be done through the use of quantum cryptography where the laws of quantum mechanics are applied to perform cryptographic tasks, which in turn cannot be broken by a quantum computer. Alternatively, the even better solution, according to scientist from the Victoria University of Wellington in New Zealand would be to make the entire blockchain a quantum phenomenon instead of merely adding a quantum layer to the standard blockchain protocol with quantum cryptography. Del Rajan and Matt Visser propose to create a blockchain using quantum particles that are entangled in time, which would allow a single quantum particle to encode the history of all its predecessors in a way that cannot be hacked without destroying it.