How Blockchain and ICO Regulation divide Regulators around the World

It is somewhat amazing to see how Blockchain and ICO regulation divides lawmakers and regulatory authorities around the world. From outright bans to warm embraces you find the full range. Comparing the approaches and recent measures, we can define the difference and understand why there is no one size fits all. 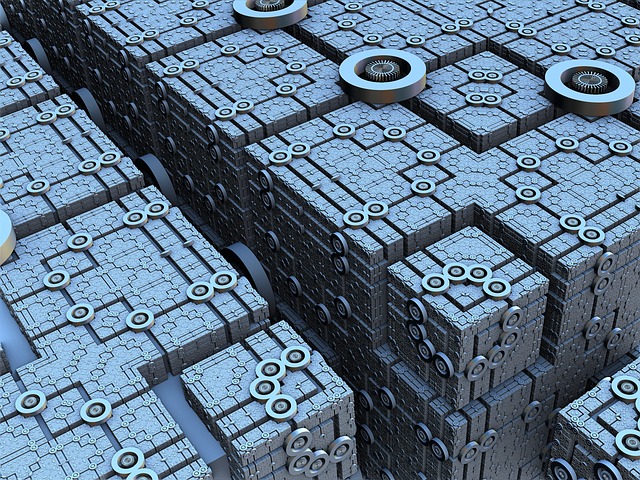 That regulators in different jurisdictions choose different approaches towards financial instruments and innovation is not new. Not in general, nor for something so revolutionary as Blockchain, Cryptocurrencies and Initial Coin Offerings. It’s a steep learning curve for everyone involved. And it’s the same for lawmakers and financial watchdogs. What is interesting though how exactly different jurisdictions have responded to the regulatory challenge. And of course the clear divide that becomes apparent, which already has resulted in some fine examples of regulatory arbitrage.

On 16 February, the Swiss Financial Market Supervisory Authority FINMA published ICO guidelines. In this document, the Swiss regulator sets out how it intends to apply financial market legislation in handling enquiries from ICO organisers. The guidelines also define the information FINMA requires to deal with such enquiries and the principles upon which it will base its responses, creating clarity for market participants. It represents a forward and open approach towards the regulatory realities, but Switzerland has been from the start very welcoming towards Blockchain and ICOs as it understands the potential these contain. While FINMA has reminded investors on various occasions that cryptocurrencies and ICOs come with a high risk, the regulator also understands that innovation requires a balanced approach. In particular with regard to ICOs, there needs to be struck a balance between the opportunity this brings for legitimate innovators as opposed to fraudster against which the public needs to be protected in appropriate ways. The first group however needs to have an element of certainty to navigate the regulatory landscape and to launch these projects in a way that is consistent with the legal framework they operate in.

American regulators are more renowned for a kind of catching up approach, which is emphasized by the patchwork of the existing regulatory framework with dozens of authorities that could have an interest on a subject like Blockchain and ICOs. The SEC, for instance, has mostly been in the press for recent enforcement actions and judging from recent budget documents this is likely to dominate the agenda at the Commission. In its Congressional Budget Justification Annual Performance Plan, the SEC highlighted that industry developments and financial innovation such as the rise of distributed ledger technologies and the growth in cryptocurrency markets will continue to present challenges to the staff, requiring additional staff expertise, resources, and a program that is agile, responsive, and continuously improving. It’s enforcement actions, for instance, through the International Enforcement Cooperation Group will continue to promote initiatives to address frauds that affect retail investors such as initial coin offering ICO related frauds. The SEC’s Office of Compliance Inspections and Examinations (OCIE) equally will focus in its examination priorities on Cryptocurrency, Initial Coin Offerings (ICOs), Secondary Market Trading, and Blockchain. In the document that defines these, the OCIE emphasized that the “cryptocurrency and ICO markets had grown rapidly and present a number of risks for retail investors. Along with the growth of these products and markets, the number of broker-dealers and investment advisers engaged in this space continues to grow as well. We will continue to monitor the sale of these products, and where the products are securities, examine for regulatory compliance.” At the same time, its “areas of focus will include, among other things, whether financial professionals maintain adequate controls and safeguards to protect these assets from theft or misappropriation, and whether financial professionals are providing investors with disclosure about the risks associated with these investments, including the risk of investment losses, liquidity risks, price volatility, and potential fraud”.

The German Financial Regulator BaFin on 20 February published guidance with regard to the regulatory classification of ICOs as financial instruments. The regulator points out the different kinds of token models and confirms that it will consider each ICO on a case-by-case basis. The guidance therefore doesn’t provide any absolute clarity but reiterates that under certain circumstances, tokens could well be considered securities and as such would require regulatory approval. The guidance makes it clear that approval by the authorities would be necessary in a number of other cases, e.g. if the token issuance or trading would be considered brokering, emission or a financial services that require authorisation in accordance with existing financial regulation.

The approach of the European Securities and Markets Authority (ESMA) differs significantly due to the nature of the organisation. In its Risk Assessment Work Programme for 2018, ESMA informs that with regard to ICOs, the priorities are to analyse the typical business models of ICOs and the risks and benefits that they may bring, analyse how the typical business models map to the existing rules; identify potential gaps and issues in the existing rules; and promote convergent regulation and supervision of ICOs in the EU. The limitations of what ESMA in these circumstances can do though are apparent from the fact that the institution is only able to provide recommendations on ways to address those gaps and issues if relevant.

Market Participants shouldn’t think of the European institutions as tigers without teeth though. In particular, when the EU will bring crypto currencies in the remit of the AML IV directive. The European Commission has made it clear that it is serious about strengthening the fight against the financing of terrorism and that virtual currencies play a central role in the related Action Plan.

Another interesting example of the a more supervisory than enforcing role of a regulatory organisation and the relevance for Blockchain and ICO rules can be found in the form of the Bank for International Settlements (BIS). While its mission is merely to serve the central banks in is owned by in their pursuit of monetary and financial stability, to foster international cooperation in those areas and to act as a bank for central banks, the organisation has made some concrete proposals in its recent Sound Practices for the implications of fintech developments for banks and bank supervisors that will be hard to ignore. Therein, BIS states that the widespread adoption of Cryptocurrencies for general transactional purposes has been constrained by a variety of factors, including price volatility, transaction anonymity – raising AML/CFT issues – and lack of scalability. The organisation highlights the need for a regulatory framework, especially in a case like Bitcoin et al and the resulting differences in the regulatory landscapes. For that reason, BIS recommends that regulators should “closely monitor changes in how financial services are delivered and managed based on new innovative business models and how those changes affect their ability to supervise end-to-end financial transactions under current regulatory and licensing frameworks.” BIS also nudges the supervisors to review the changes to business models from emerging fintech companies that can potentially result in gaps in traditional supervisory and regulatory frameworks, warning them that where current regulatory frameworks and supervisory processes present unintended barriers to fintech innovations, it could inadvertently result in the development of innovations outside the regulated financial industry, creating an unlevel playing field for competitors and potentially exposing financial consumers to unwarranted risk.

This is only a momentary snapshot of recent regulatory measures and the full spectrum including the restrictive approach taken, for example, by China and South Korea, adds to the full scale of rules and activities that need to be considered by crypto-market participants and Blockchain innovators. While it is difficult to assert definitively how things will pan out, the only security can be found in the fact that the Regulatory Headaches of the Cryptocurrency Industry are far from over, but no one serious is likely to have thought so.