Financial Stability Board to focus on FinTech 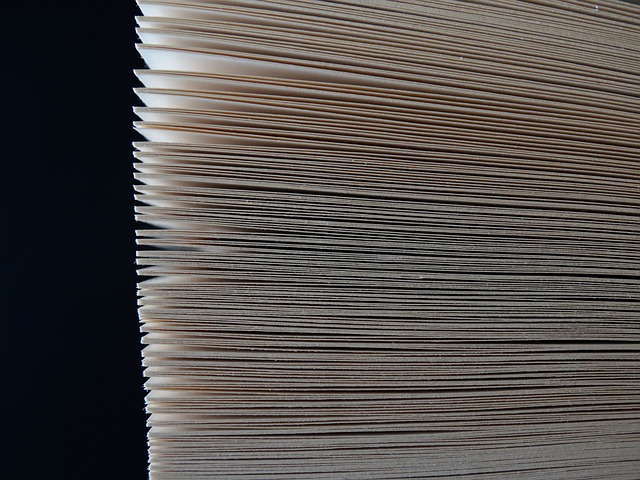 The Financial Stability Board (FSB) met in London today to discuss current vulnerabilities ongoing policy work and its work plan for 2017.

The financial system has continued to function well, despite bouts of uncertainty and risk aversion. High sovereign and corporate debt levels remain a concern given ongoing economic uncertainty and signs of maturing credit cycles in some jurisdictions. Since July, global bond markets have repriced, with longer-dated yields rising markedly.

Asset quality and profitability issues are weighing on the valuations of banks in advanced economies. In some jurisdictions, non-performing corporate and real estate loans are increasing. More generally, bank balance sheet repair still has to be completed in some parts of the financial system.

Authorities continue to monitor market developments. Members noted that the global financial system is more resilient as a result of the regulatory reforms introduced following the 2008 financial crisis and, in an environment of evolving risks, emphasised the importance of completing the implementation of the agreed reform programme, including Basel III.

The FSB, in consultation with the Basel Committee on Banking Supervision (BCBS) and the International Association of Insurance Supervisors (IAIS) and national authorities, approved the 2016 lists of identified global systemically important banks (G-SIBs) and insurance companies (G-SIIs), which will be released publicly next Monday.

The Plenary discussed the implementation to date of the Total Loss-Absorbing Capacity (TLAC) standard for banks. Since the TLAC standard was released in November 2015 a majority of G-SIB home authorities have published policy proposals or consultation documents on TLAC implementation, and banks have issued substantial amounts of TLAC-eligible liabilities. The BCBS published in October a standard on the deduction from capital of banks’ holdings of TLAC issued by other banks. The Plenary agreed on proposed guiding principles on internal TLAC, to be released for consultation before year-end.

The FSB reviewed progress on the work plan to enhancing the resilience, recovery planning and resolvability of central counterparties (CCPs). Members discussed the public responses to the discussion note on CCP resolution that was released in August. In early 2017, the FSB will issue for public consultation a proposal for guidance on CCP resolution and resolution planning. This work will be finalised by mid-2017, along with resilience and recovery guidance issued by the Committee on Payments and Market Infrastructures (CPMI) and International Organization of Securities Commissions (IOSCO).

The FSB discussed the responses received to its public consultation on proposed policy recommendations to address structural vulnerabilities from asset management activities published in June. The FSB will publish the final recommendations by end-2016.

Members discussed the draft progress report on the implementation of the FSB’s four-point action plan to assess and address the decline in correspondent banking, which will set out next steps for 2017 to maintain momentum in tackling this important issue. The progress report will be released by end-2016.

Members reviewed updates from the various work streams to address misconduct in the financial sector. This includes progress on the FSB stocktake of practices for the deterrence of misconduct through corporate governance frameworks; on the development of guidance to supplement the FSB Compensation Principles and Standards on the use of compensation structures to reduce misconduct risk, which will be issued for public consultation in June; and on the work of the IOSCO Market Conduct Task Force to develop a toolkit for wholesale market conduct regulation, to be published in the first half of 2017.

TCFD Chair Michael Bloomberg and Mary Schapiro, Special Adviser to the Chair, presented an update to the Plenary on the work of the industry-led TCFD. The presentation included a summary of the recommended voluntary disclosures and guidance developed by the TCFD, which will be released for public consultation in December. The final report will be published by June. The FSB welcomed the progress of the TCFD in finalising recommendations, given the importance of effective risk disclosures, and encouraged firms to respond to the TCFD’s forthcoming consultation.1

Work on implementation and effects of reforms

FSB members discussed the work plan for reporting on the implementation and effects of G20/FSB reforms. This includes preparations for the third annual report to the G20, to be published in advance of the July 2017 G20 Summit; the development of a post-implementation policy evaluation framework to assess the effects of reforms; and workshops with academics and market participants in early 2017 to discuss approaches to analysing effects and evidence to date.

Members discussed arrangements for undertaking a comprehensive review of the implementation and effects of over-the-counter derivatives reforms as part of this work. They also discussed an interim report by the Committee on the Global Financial System on its study on repo market liquidity and the impact of possible drivers. The main findings from both studies will be incorporated in the third annual report to the G20.

The FSB agreed that it will undertake by July 2017 an assessment of progress in transforming shadow banking into resilient market-based finance. This will include an assessment of the evolution of shadow banking activities since the global financial crisis and related financial stability risks, and whether the policies and monitoring put in place by FSB members since then are adequate to address these risks.

The Plenary discussed the preliminary high-level findings from this year’s annual monitoring exercise of the global trends and risks in the shadow banking system. The results will be published around end-2016 in the Global Shadow Banking Monitoring Report.

The FSB also discussed regulatory approaches to re-hypothecation of client assets, and measures of collateral re-use. The latter was consulted upon in early 2016. The FSB will publish its recommendations, including the finalised collateral re-use measure for inclusion in the FSB’s standards and processes for global securities financing data collection and aggregation by end-2016.

Issues for authorities relating to fintech

Members reviewed progress on the FSB FinTech workplan, including recent stocktakes in conjunction with other international bodies on topics such as authorities’ innovation facilitators, FinTech credit intermediation, and issues for authorities in the use of distributed ledger technology. Members noted the potential of FinTech to enhance financial resilience and also the need to remain vigilant to risks, including cyber risks, and agreed on a work plan to identify the supervisory and regulatory issues from a financial stability perspective.

The FSB statement and related information can be found here.