What Kind of Data Does Bitcoin Use? 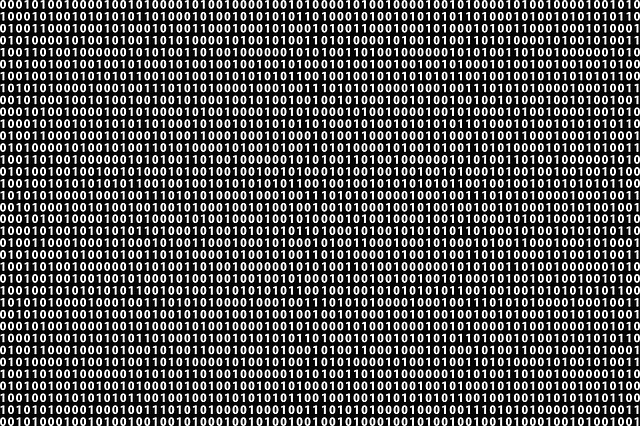 Do you know what Bitcoin is? What of how it works? Probably if you’re a crypto guru, you know about those. Bitcoin has become an accepted part of currency over time, even if it was ridiculed before. And, many people are yet to venture into the crypto business with Bitcoin as the starting point. If you’re planning to do so, assistance might be required. Fortune Credit offers all the basics that you need to get started. This blog will discuss one particular aspect of Bitcoin; what data does it use? We’ll also highlight where the data is contained for a better understanding.

Created in 2009, BTC is an unusual digital currency whose creator “Satoshi Nakamoto” designed three principal concepts for the coin. These are essential in knowing how it works, and they include; – decentralized networks, cryptography, and supply and demand.

Bitcoin is a decentralized currency meaning there is no governmental regulation, and data is everywhere. Unlike with fiat money where banks control usage and can block your account, this coin is a solution to that. No banks or government can order the freezing of one’s account.

Cryptography is another concept that helps us understand how Bitcoin works. In WW2, it was used to transform radio messages into codes that no one could read unless you had a key. That’s how BTC uses cryptography; to convert transaction data, thus the name “cryptocurrency.” It does so using the blockchain that’s discussed below. Supply and demand indicate that when an item is limited, the value is high. That’s true also for BTC; its supply is limited as production occurs at a set rate with overtime decrease. With only 21 million coins available, it might take some time to reach the full count.

To further understand how the digital currency works, it’s essential to know the mode of transactions. Bitcoin’s database is shared and is called a distributed ledger. You can only access it via the blockchain. So, when sending BTC to someone, a digitally signed message is required. For instance, that says, “I am sending 10 BTCs to John.” That is then relayed to all computers in the decentralized network, which store the message on the database. All transactions are grouped and kept in blocks connected in a series forming a blockchain. Every business deal in the block contains a public key written on it. The interlinking of blocks to each other prevents spending a Bitcoin twice.

This is the record-keeping technology behind the BTC network. It’s a combination of two words, the “block,” which refers to the digital information/data and the “chain,” a public database. Blocks have three parts; they store transaction information like date, time, and amount, participants’ information using a distinctive digital signature, and information that differentiates them from others.

After a block stores new data, it’s joined to the blockchain. But, for that to happen, below things must happen:

With this technology, there is no account of events that can be manipulated. Making information accessible across a network of computers contributes to that. While you don’t get to know whoever is transacting, all transactions are displayed. Users’ personal information is restricted to digital signatures or usernames.

Can you trust blockchain’s security? Yes, it’s very secure. New blocks are added chronologically, with each having a position called “height” on the chain. After the addition, it’s hard to reverse the process and change the block’s contents; this is courtesy of the hash it contains. A hacker would require altering each block in the chain to alter a single block, meaning recalculating all the hashes. That would consume much computing power, trying to break all those codes. Thus, once added to the chain, a block is difficult to edit or delete.

The Data within a Bitcoin Block

As discussed above, a block can be called a “container data structure.” Its average size appears to be 1MB, and it contains over 500 transactions. A block consists of a header and a transaction list. The header has metadata about the block with different metadata sets available. These include a hash for the previous block, and a Merkle tree (a data structure for recording transactions) is used to exhibit transaction sequences within the block. The tree is created by recursively hashing node pairs until only one hash called the Merkle root is available.

The other hash in the block has timestamp information that displays that particular block’s creation time and date. It also contains nonce (the number that miners are required to solve) and difficulty level of the problem being solved.

The next part of the block is the block identifiers. These are also cryptographic hashes created by hashing the header twice with an algorithm. Each block uses the hash of the previous one to create its own. Even so, it’s impossible to find two blocks with identical hashes.

Hashing algorithms help us to understand how these digital data stored in blocks work. Hashing involves mapping of digital data of random size to one of a fixed size. A good hashing algorithm requires a few things; – output length must be fixed. The least alteration in input data must generate a significant output difference, and similar input will always generate similar output. Further, it must not be possible to reverse output value to compute the input, and computing the hash value should not be compute-intensive and slow.

There’s more to know about Bitcoin rather than how it works. It’s crucial to understand the data it uses, where it is stored, and how it takes place. Undoubtedly, blockchain technology is the pride of Bitcoin as it’s safe and secure. You can always trust it while doing your BTC transactions.