Preparing Future Lawyers for LegalTech – The most influential Law Schools 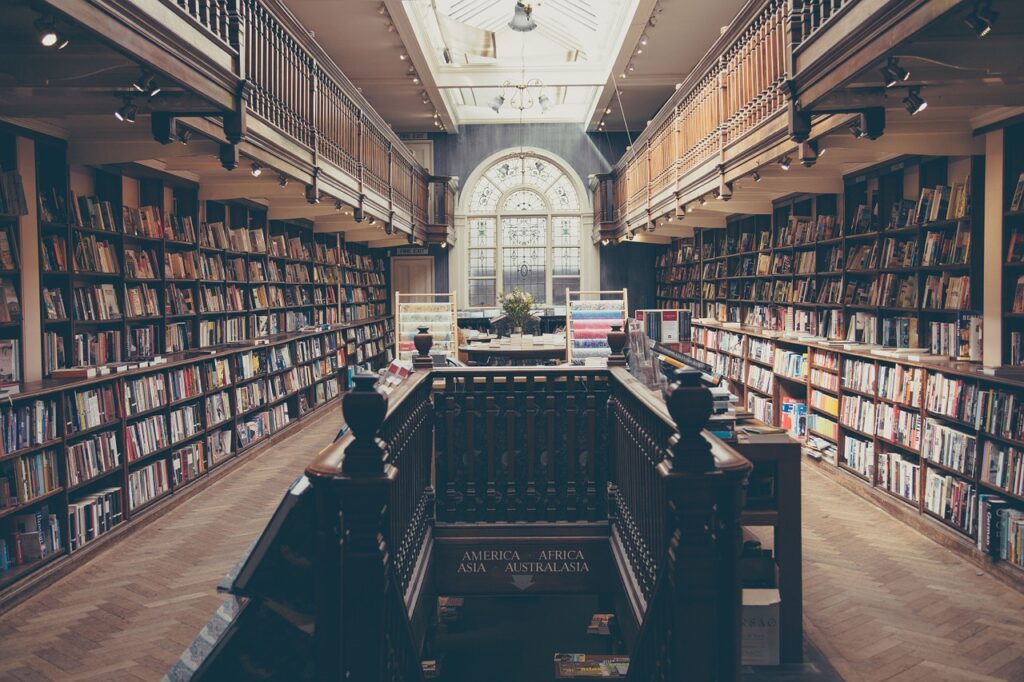 Who are the most influential Law Schools on Social Media and how well do they prepare future generations of lawyers for the digital transformation of legal services.

We have written a fair bit about the digitalization of Legal Services, but mostly we look at the solutions that drive this change. The demand for LegalTech has constantly been increasing and takes no small share from the overall market for legal services that is estimated to become a trillion-dollar industry globally by next year. LegalTech leaves no stone unturned, from Practice Management Software to Document and Contract Management to Legal Marketplaces to Legal Research, E-Discovery all the way to litigation financing through crowdfunding.

The Covid19 crisis has accelerated the demand for digital solutions, but what about lawyers themselves? Are they prepared for the digital transformation of a profession that is prone to be reluctant when it comes to change the old way? If we believe the number of investments and revenue growth in LegalTech, we can conclude that the adoption is in full swing, but in many cases, it is likely a bitter pill to swallow for those that have operated in a certain way for most of their careers.

But what about the next generations of legal professionals? How well are students prepared pursuing a law degree? Is the digitalization of legal services part of their curriculum and does their education show them what their future looks like? Many universities and education service providers offer courses of varying length and depth that focus on LegalTech and the law of tomorrow. But how far are these organizations in their own digital transformation?

Certainly, there are many ways to measure the progress made and the aspects to consider, but one element to examine is surely the impact they make onsocial media as a central means of communication of their core clientele, i.e. present and future students.

You know we love lists and think they are a great way to measure and analyse digital disruption and the influence individuals and institutions exert online. For this reason, we researched the world’s leading law schools and dug deep into their social media performance and online presence. We looked at the raw numbers across different social media channels like Twitter and Facebook, including Kred scores with a little help from our partners at Rise, plus we have added other aspects like the rankings provided by THE, TopUniversities, ARWU, and others. We have also considered the national and international reach based on the percentage of foreign students based on the THE numbers as the higher numbers not necessarily equals wider reach.

Furthermore, we should explain that we looked only at the universities itself instead of drilling down deeper and focusing on the respective law faculties simply because it would distort the picture between those institutions with a dedicated service for their respective faculties or those that present themselves as the whole organization. For example, you could argue that the University of Oxford does not properly paint an accurate picture since it already has more than 656k followers on Twitter while the faculty of law’s is only followed by 12.9k accounts. On the other hand, the objective was to look at the digital transformation of the entire institution based on its social media impact, so measuring it in this way does provide some value, but you are, of course, free to disagree with us and if you want to get in touch, you can find us on Twitter, Facebook, and LinkedIn and we are always happy to have a chat.

So, what did we find? Let’s start with the Top 10 of the most influential Universities on Social Media: 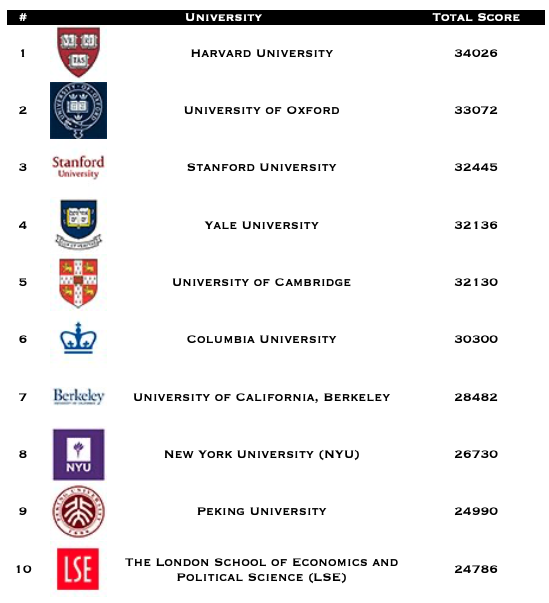 For now we focus here only on the Top 10 but you can find the entire Top 100 here on the public page of Rise. With regard to the leading ten organizations, there are no big surprises here with the top spots occupied with only small variations compared to the traditional law school rankings with the exception of Peking University in 9th place, which usually is ranked a little bit further down though it scored a respectable 23rd place in one of the traditional rankings.

Another interesting case is UNAM in Mexico, which made it to 26th. It might not be your first thought, but UNAM has more than 160,000 students, 3.2m followers on both Facebook and Twitter, 611k on Instagram and 41.8k subscribers on YouTube. Impressive evidence for social media presence and digital transformation.

Of course, this exercise does not prove the value with regard to importance of LegalTech as part of the curriculum and you need to examine each organisation and its offering.

Harvard Law School offers a dedicated Law, Science, and Technology Program of Study and hosted the Harvard Legal Technology Symposium last year.
The UK government last October backed the University of Oxford legal tech research in collaboration with three Magic Circle firms. LegalTech isn’t an express part of the curriculum but does events like LegalTech Training. Like Oxford Yale has Law & Technology Society that the discussion at the intersection of law and technology, while Standford Law School has its dedicated CodeX blog. The more you look the more you dig up interesting events and resources, but there does not appear a specific LegalTech class or program at the majority of schools with exceptions like the University of Oslo offering a course in Legal Technology: Artificial Intelligence and Law or Madrid’s private IE that even offers a Master in LegalTech. Many of the aspects of LegalTech surely are better placed in a more practical learning environment though it doesn’t hurt to get prepared for the reality of legal professional as early as possible. In the end, deciding which school to attend should be based on a number of factors and everyone has to do their own research as every case is different.